Work on canvas approaching ideas of possession and desire through a continuing exploration of the disquieting effects of combining mismatched visual material. This body of work was shown at the Royal Academy of Arts, London in 2012. 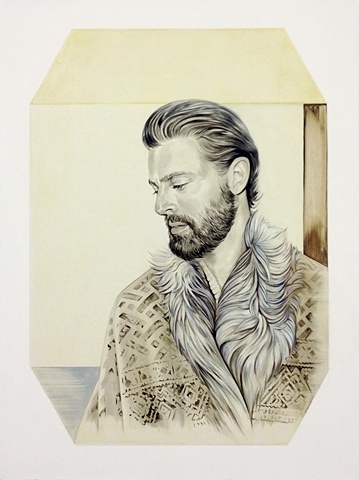 Ever and Ever
oil and acrylic on canvas
65 x 45cm 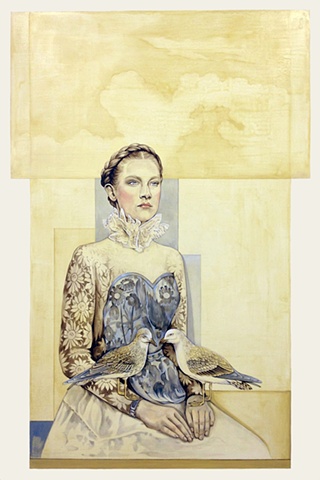 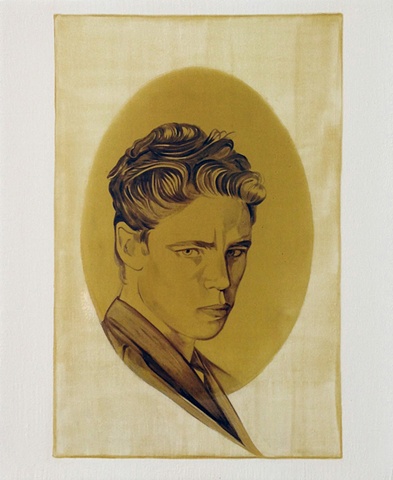 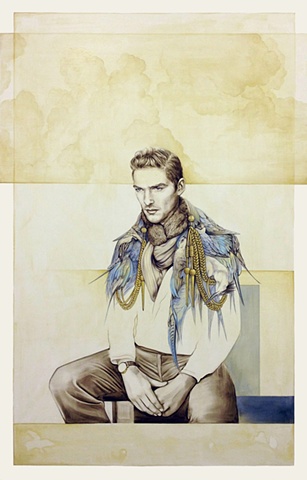 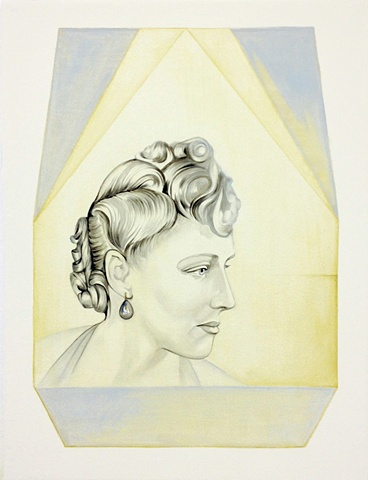 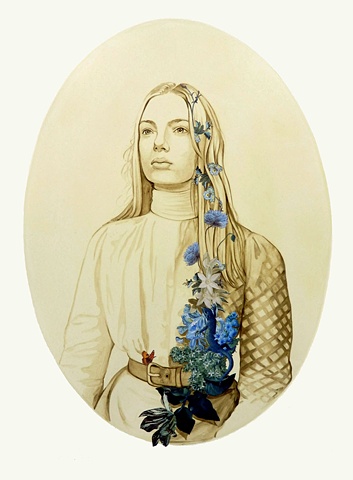 Kay Harwood was born in the United Kingdom in 1978. Since completing her Post-graduate diploma at the Royal Academy Schools in 2004, Harwood’s work has been widely exhibited in the UK, Europe and the USA, and is held in a number of important collections. She currently lives and works in London.

From Afar approaches ideas of possession and desire through Harwood’s continuing exploration of the disquieting effects of combining mismatched visual material.

Harwood’s practice draws together disparate fragments from historical traditions of Western figurative painting, along side imagery from a diverse array of sources including personal photographs, early photographic portraits and contemporary fashion magazines to create a fictitious and subtly displaced space and time. The making of an initial collage in which elements from these multiple sources are carefully combined is key to Harwood’s working process, despite remaining unseen. The collage is then translated into delicate layers of varnish and oil paint, imbuing the scene with a glass-like still ness.

Harwood states; ‘I’m interested in the idea of painting as a kind of container, a visual filter which has the ability to distill and compress the constant flow of imagery and information which both bombards it and also necessarily informs it.’

With ideas echoed from voices across music, literature and philosophy, to include PJ Harvey, Tennyson, Joyce and Lacan, the pieces exhibited here cross-reference and combine visual traits from ephemera whose focus is the rarified and the desired. The result is a narrative, which traverse the linear models of history that it’s components reference, remaining without beginning or end.